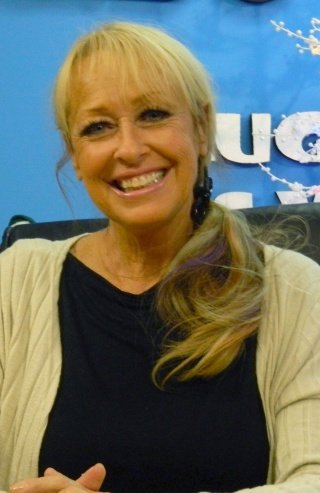 Born and raised on a farm in the rolling hills of western Pennsylvania.  Lin was raised by her Grandparents who taught her the value of hard work.

After graduating High School, Lin took a job as receptionist for an industrial air conditioning and ventilating company in Pittsburgh.  Soon, she was heading up the sales team for that company and continued to do so for the next 10 years.  The many responsibilities of this position also took her inside the many steel mills in Pittsburgh, PA and Cleveland, OH.

In 1981, while vacationing in Phoenix, Lin met the man that would change the course of her life forever, Bruce.  In only 10 days a decision was made.  Lin traveled back to Pennsylvania, sold everything and moved to Phoenix, AZ.  Only months later, Bruce and Lin were married 38 years and 31 years as Business Partners until Bruce's passing in June 2019.

In 1985 Lin and Bruce moved to Laughlin, NV.  In 1989 they created and built a local community television station (tv2 KLBC) in the spare bedroom of a rental house that provided local News, Sports and Talk Show, which Bruce Hosted.  After Bruce's passing, Lin continued his legacy and has maintained the Station to the standard they always shared.

Over the years, Lin has been instrumental in many community activities.  She created and chaired the Laughlin TownFest for 10 years which included a good old fashioned hometown parade, local bands, carnival and a venue for service organizations to raise funds.

Lin also saw a need for assisting in medical bills for pets owned by people who could not afford emergency medical care or in some cases the cost of spaying and neutering.  Thus VETS4PETS was created to provide financial assistance for the medical needs of our furry friends.

"We will continue to promote and provide our community with a much needed service of true journalism in reporting factual information through our News and 'Take2' Morning Show along with local High School Sports, 'Tri State on Patrol' which highlights our local Law Enforcement and community/fund raising events" per Clark.