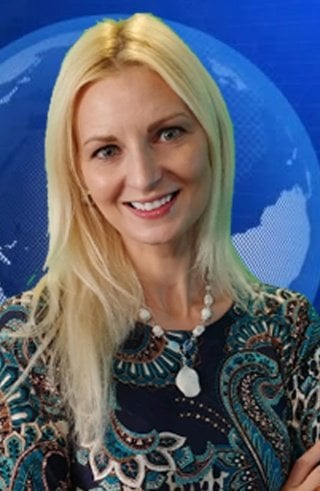 An East Coast native, Tara Haywood relocated to the desert southwest in January, 2018. Prior to joining KLBC TV2, Tara worked extensively in sports and entertainment journalism. While still enrolled at the University of Rhode Island, she interned at a major non-profit organization that focused on education and hunger relief. The political science major soon became the program coordinator, and was concurrently elected to public office at the age of 22.

Tara served as a spokesperson for several Fortune 500 companies at tradeshows throughout the country and appeared in commercials nationwide. Always an avid sports fan, Tara joined the all-male group at Boston Sports Radio to offer a female perspective. In addition, she hosted several sports-related segments in New York City and was a sideline reporter for prep school and college tournaments. Tara penned her own blog, and was the sports editor for a Rhode Island-based weekly. She was also a contributor to many national sites and made several appearances on major networks. In her capacity as an entertainment host, she had the opportunity to interview many A-list actors, Grammy-award winners and elite athletes.
Just before she decided to escape the cold and snowy New England winter, Tara was a live digital reporter with the New England Patriots` Extra Point Football Show.
Tara is also a graduate of Connecticut School of Broadcasting and studied extensively at dramatic arts institutions in both New York and Boston.
In her free time, she loves to volunteer at community events and explore the area.
She speaks conversational Spanish and loves coffee-a lot.